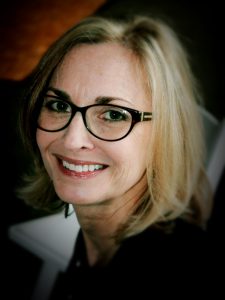 Deanna Maciel of the Department of Social Services

At a place as big as the Department of Social Services, the life of a department liaison (DL) is anything but quiet. So when Deanna Maciel arrives each morning, she hits the ground running.

DSS onboarded to the FI$Cal system last July, so users are still getting used to it. New user roles are being created all the time at DSS, which employs more than 4,200 people and has an annual budget of over $25 billion. As a result, there’s a constant need for learning and role-mapping.

That’s where Deanna comes in. She must keep track of about 200 users at DSS.

In her department liaison role, Deanna manages role-mapping, keeps track of tickets to the FI$Cal Service Center, and coordinates and attends FI$Cal-related meetings.

To help such a large department keep organized in its transition to FI$Cal, DSS created a FI$Cal SharePoint site where it maintains a calendar of all events, a record of meetings, tasks, and other items that it has used since the start of preparations for Go Live.

DSS has taken full advantage of FI$Cal’s training and educational opportunities, including making sure that every user goes through University of FI$Cal.

“Even before we went live, we did challenges,” she says. “The goal was to have everyone complete all the modules prior to our Go Live day on July 1. A huge percentage were able to do that.”

Deanna said her users are always attending workshops and meetings as new functionalities emerge from FI$Cal, including the SCO/STO functionality. Town halls and on-site sessions with staff are all part of the process.

“We’re trying to transition to a new system,” she says. “Staff are extremely busy and appreciate reminders that deadlines are approaching so they can get done what needs to get done.”