From Reluctance to Success – One Department’s Journey into FI$Cal 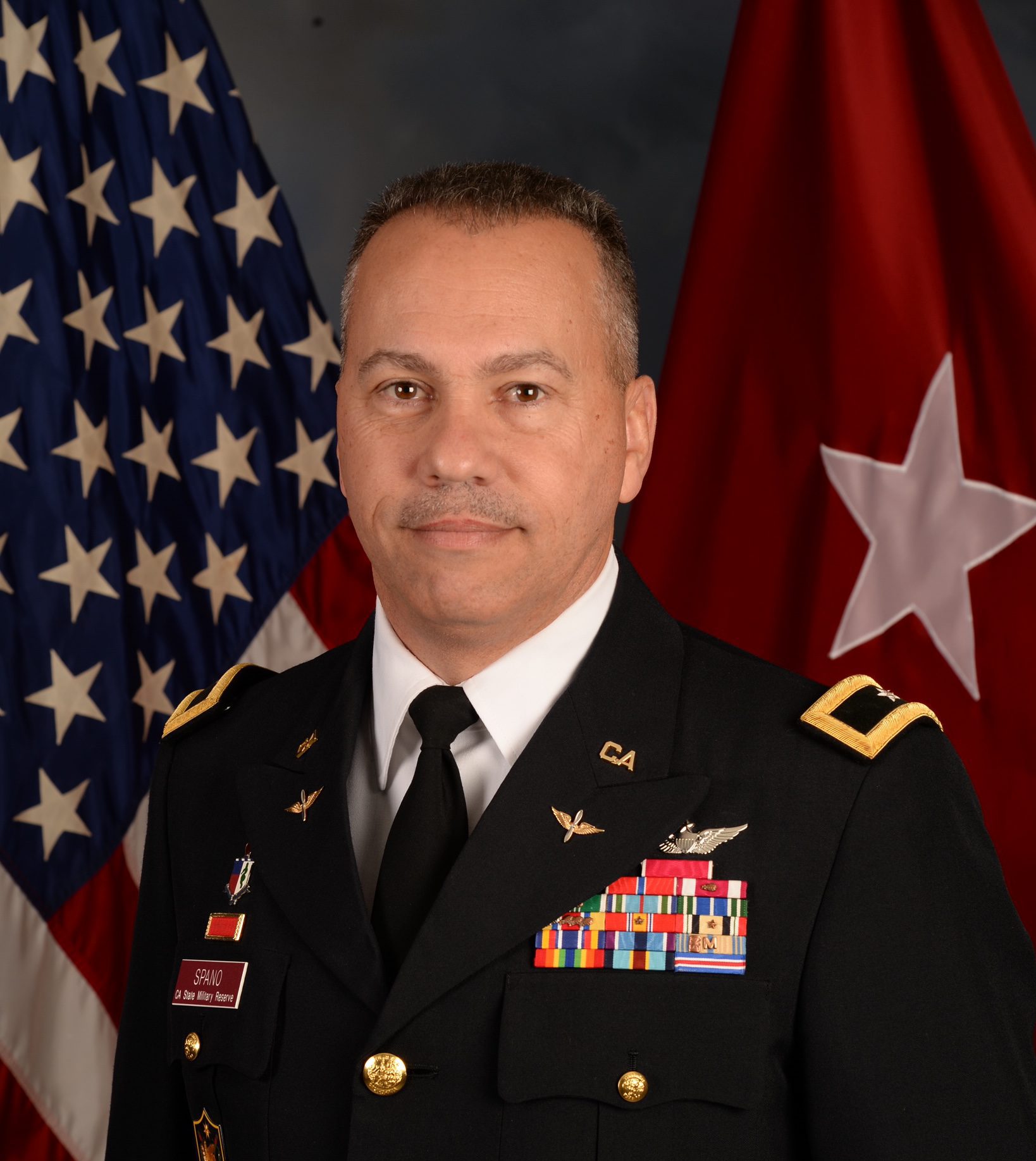 When the California Military Department (CMD) was slotted into the first wave of departments to enter the FI$Cal system, its leaders wanted to balk. Better to wait a year and see if this new thing really is going to work out well, they reasoned. Now, three years later, CMD officials couldn’t be happier that they took the plunge in 2017.

“When we started to realize halfway through the year that we were probably going to have to go forward, we tried to jump in but were already behind the curve a little bit,” recalled Brig. Gen. Robert Spano, director of staff at the department. “But we made up for it.”

As it turns out, getting into the FI$Cal system has been a huge benefit to his department. “We have developed some processes from FI$Cal that have definitely streamlined our operations, made us more transparent, and built in internal controls,” Spano said.

CMD’s main function is to run California’s National Guard units, and Spano noted that with his department’s involvement in wildfires, earthquakes, civil disturbances and the COVID-19 pandemic, FI$Cal has eased the task of keeping track of emergency spending.

“I’m glad that we did do this when we did, because with all the emergencies over the past three years that we’ve been called out into, it has allowed us to account for the money,” he said. “Having the experts and infrastructure in place was a great validation that we knew what we were doing with procurement and accounting.”

One big key to the progress, Spano said, was getting staff to the appropriate levels to do the work. This required reorganization of CMD’s procurement/finance section by retraining analysts into support roles and getting more accountants on board. CMD’s staff threw themselves into the learning process.

“We got great support from FI$Cal, which was one of the reasons we succeeded,” Spano said. “We took advantage of user support labs and super users, and we participated in everything we could.”

About that time, Spano was approached about becoming chair of FI$Cal’s Customer Impact Committee (CIC). “I didn’t quite know what I was getting into but was glad to take it on because it seemed like an avenue to meet some challenges we were having,” Spano said. “I figured that if I’m chair, then maybe the challenges I’m having are common to other departments and agencies, as well.”

He cited his military background in wanting to lead, and when it came to meeting FI$Cal’s teams, he came away impressed. “When you see all the very bright people  around the table at FI$Cal, you can’t help but want to bring that back to your staff,” he said. “These leaders really were the ones who made the whole thing successful. I’ve been in the military for over 30 years, and I’ve seen good and bad leaders. I’ve seen a lot of good leaders at FI$Cal.”

Spano said CMD also is benefitting from continuing initiatives coming out of FI$Cal, especially in the level of detail, which helps with planning and oversight.

“Some of the new tools, like Power BI, with different levels of reporting, have been helpful for us,” he said. “Every day there’s a briefing that our officers get on the status of everything in the emergency. With this kind of reporting, we get personnel placement and costs on a daily basis.”

That overall view of their budget, showing where funds have been appropriated, Spano said, shows that “FI$Cal helped us kind of shape the whole thing.” 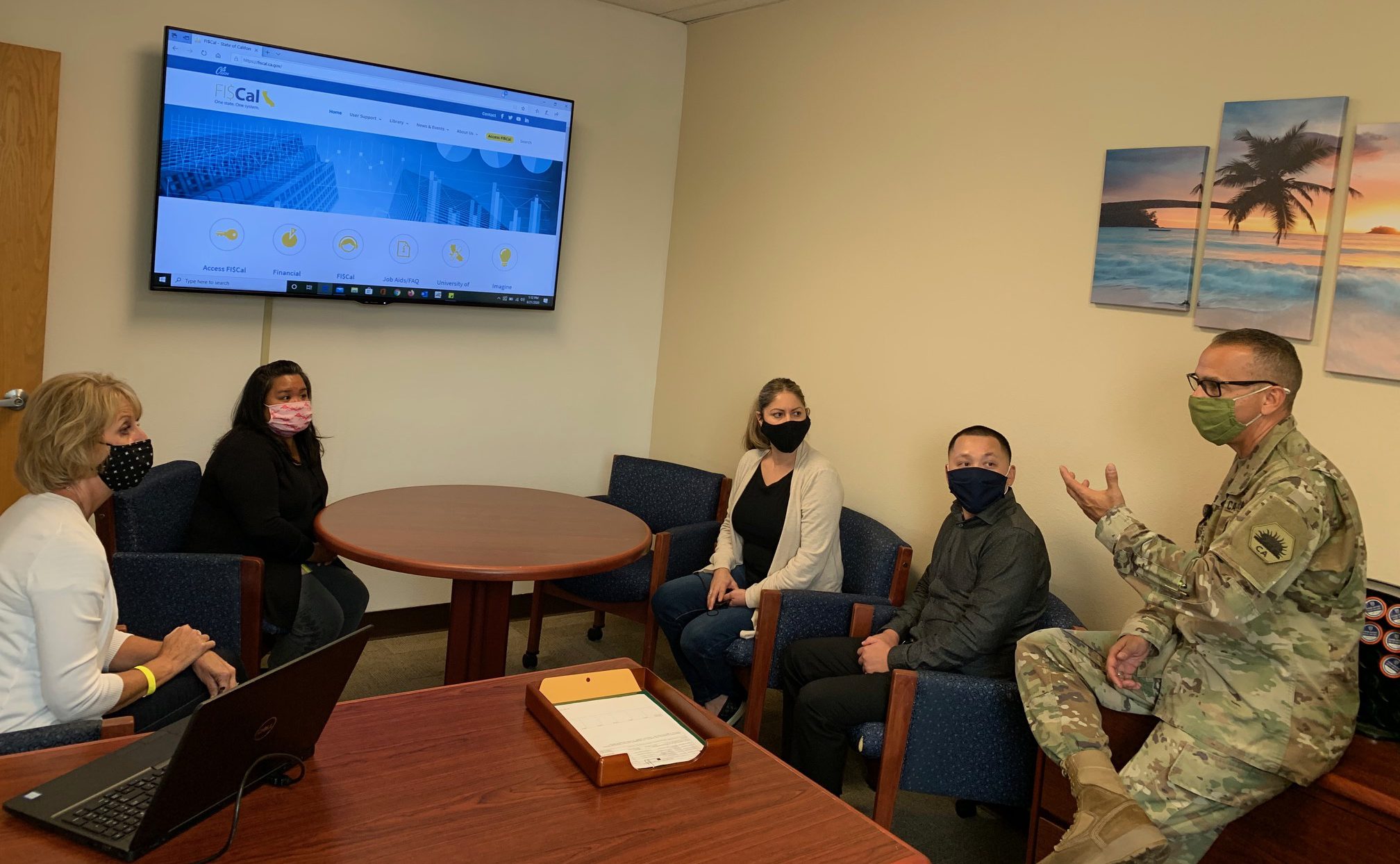