DGS Sees Value of FI$Cal Every Day Across State Government

The FI$Cal system can seem invisible to anyone who doesn’t use it, but its real-world impact on California’s state finances is profound. Andrew Sturmfels, deputy director for administration at the Department of General Services (DGS), should know. DGS, with its mandates in procurement, building management, school construction funding and elsewhere, touches many of the nooks and crannies of state government. As both a partner of FI$Cal and a user of the system, DGS gets a first-hand look every day at FI$Cal’s impacts.

“Before FI$Cal, I don’t think there was a single department in the state of California that could look at a computer screen and know how much money they had spent to date,” Sturmfels said. “They knew their budget but had no real-time information on spending. And if they did, it wasn’t transparent – it was hard to access and limited to a few people in the organization. As a result, departments relied on manual reports, which took time to create and delayed business decisions.”

He described how his department used the FI$Cal system to make a big improvement by building a budget-to-actuals dashboard.

“We used an extract out of FI$Cal that included all the data we needed and built a dashboard in Microsoft Power BI in the format of a financial statement,” Sturmfels explained. “The data refreshes weekly. DGS is a service provider, and having this dashboard allows us to be nimbler and manage our business operations much better than before.”

He recalled that DGS was sending out paper reports to programs quarterly, or sometimes less often, before the dashboard was built. “It was very inefficient,” Sturmfels said. “They had to be reviewed for accuracy. Now they are automated, we spend no time developing these reports and we have instant access. This has really cut out a lot of non-value-added activities, allowing us to focus on what’s important.”

In Senate testimony last spring, Sturmfels talked about how the system has helped DGS understand other departments’ spending patterns, as well. “Transitioning to FI$Cal has helped us gain insight on what the state is buying, from whom, and for what price,” he said. “FI$Cal has centralized and standardized detailed procurement data that we’re not just using to make better decisions—we’re also sharing it with the public.”

DGS supports 47 small state departments, boards and commissions by providing shared administrative services under the state’s Contracted Fiscal Services (CFS) Office. “All now are current and up to date on their month-end and year-end close activities,” Sturmfels said. 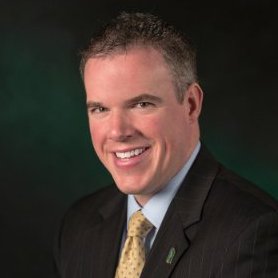 Andrew Sturmfels, Deputy Director for Administration at the Department of General Services

Starting July 1, 2021, DGS will support five more small departments under the CFS Office. Many of these small departments historically had struggled in the FI$Cal system, largely due to their organizations’ size, with only three or four people on their accounting teams. “They often find themselves stuck,” Sturmfels said.

In the 2019-20 fiscal year, DGS received funding from the Legislature to form a strike team to deploy to more of these departments, and it has made an immediate difference, starting with the California Department of Human Resources (CalHR). Sturmfels noted the strike team recently completed its first assignment with CalHR, helping it close the previous fiscal year after it had fallen behind.

Now, the strike team is starting to work with two more small departments – the Arts Council and California African American Museum. Similar success is expected. None of this would have been possible in earlier years because, until the FI$Cal system was built, hundreds of legacy systems were used around the state. There would be no way for DGS accountants to know each of those systems.

Sturmfels gives a lot of the credit to CFS accounting chief Lydia Hui, without whom he said the program would not be successful. “She has been a rock star,” he said.

DGS also helps Small Businesses and Disabled Veteran Business Enterprises (SB/DVBE) do work for California by providing them with spot contracting opportunities. FI$Cal has helped in this endeavor, as well.

“We have developed pubic facing SB/DVBE spend dashboards using the procurement data from the FI$Cal system that will help answer questions” for these companies, Sturmfels said.

“We’re also now able to track state spending with SB/DVBE in real time. Before FI$Cal, departments submitted paper-based annual reports. Departments often did not know their own SB/DVBE annual spend until the end of the year, unless they had their own internal method for tracking.”

“From an oversight perspective, FI$Cal has helped DGS standardize procurement practices across all departments.”