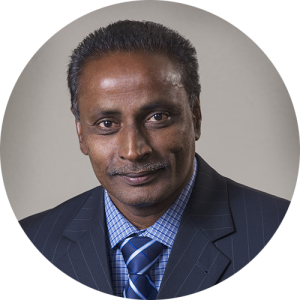 Subbarao Mupparaju started as the Chief Deputy Director of the Department of FISCal (FI$Cal) on January 3, 2023. Most recently, he served as the Chief Information Officer (CIO) at the Department of Housing and Community Development. Previously Subbarao had held various positions within the state of California, including CIO at FI$Cal for six years, contributing to the successful completion of the FI$Cal project and the transition of technology operations to the state.

He started his civil service career as the State Chief Enterprise Architect responsible for directing statewide enterprise architecture, digital transformation and technology initiatives at the California Department of Technology, where he served for over three years.

Subbarao has a master’s degree in Mechanical Engineering. He is a certified Project Management Professional and a certified IBM Information Technology Specialist. He is a recipient of several prestigious leadership awards, including the California CIO of the year, the IBM Hundred Percent Club and the HP Most Valuable People award. Subbarao is also a well-known speaker at prominent conferences such as the California CIO Academy and the San Francisco CIO Executive Summit.