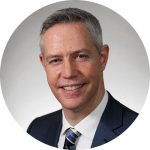 Joel Riphagen is the Senior Advisor to the Director of FI$Cal. Prior to joining FI$Cal, Joel was Captain of Code for Sacramento from 2016 to 2017 and the owner of Riphagen Consulting from 2014 to 2017. In addition, he has over 14 years of public sector experience including analyzing departments’ annual budgets, auditing state department expenditures, and underwriting complex affordable housing financing deals.

Joel holds a Bachelor of Arts degree from Rice University and a Master’s degree in Public Policy from the Irving B. Harris Graduate School of Public Policy Studies at the University of Chicago. He brings to us his experience working from both inside and outside government to make government information and services useful and accessible to citizens.