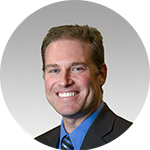 Jeff was appointed the Partner Business Executive for Finance in December 2018. He joined the FI$Cal Project in May 2016 as the Department of Finance business team lead addressing Hyperion issues, and served as the Acting PBE and Assistant PBE before being appointed to his current role. He began his state career with Finance in 2000 as a Junior Staff Analyst and has worked on the budget line for about 15 years as the analyst and/or Principal over approximately 50 different departments. In addition, Jeff spent time at the Department of General Services as a Branch Chief in 2008-09. Jeff has a Bachelor of Science degree in Managerial Economics from the University of California, Davis and a Master of Business Administration degree in Finance from the California State University, Sacramento.